Mainstream U.S. media, for now mostly conservative outlets, reporters and commentators, are beginning to focus on long-hidden scandals at the U.S. Agency for Global Media (USAGM), especially at the Voice of America (VOA). These scandals were not entirely hidden because many of them were first reported by BBG – USAGM Watch, but they are now attracting attention from mainstream media as new USAGM CEO Michael Pack is fighting back against his critics, including former USAGM and VOA officials.

Other former VOA employees, like Dan Robinson, are now working to expose the bias at the agency. These volunteers hope that the VOA can return to its original mandate to provide balanced coverage of U.S. news globally. It’s going to be a challenge, they say.

BBG Watch and USAGM Watch website is edited and published by unpaid volunteers, including many current and former employees of U.S. international broadcasting,” as stated by Robinson and the website.

Robinson, who is retired from the VOA and was also a whistleblower against the agency, has published a multitude of significant investigations on the watchdog site concerning the upcoming presidential elections.

The oversight being conducted by Robinson, along with other volunteers, is working to restore good management and sharp news focus to taxpayer-funded American media outreach abroad. BBG Watch – USAGM Watch (bbgwatch.com) also continues as USAGM Watch (usagmwatch.com), but both websites are now updated with the same new content.

Voice Of America Plagued By Partisan Bias. Concerns Mount As 2020 Presidential Election Draws Near – Sara A. Carter
Voice of America officials have chalked up the agency’s recent partisan based journalism as a “breach in our journalistic standards.” Senior officials have publicly apologized for the actions of its Urdu division, saying the actions of those employees to create promotional campaign ads in support of…

Susan Crabtree reported for Real Clear Politics in an article titled, “‘Lax’ Internet Freedom Group Balks at New Pack Oversight,” that “What the officials of the U.S. Agency for Global Media — the umbrella organization for Voice of America and several other foreign-language news outlets — found set off serious alarm bells about what they describe as the organization’s carelessly lax security.”

Lax security has been reported at the Voice of America as well as at the the nonprofit, the Open Technology Fund, or OTF, which gets taxpayers’ money from USAGM. 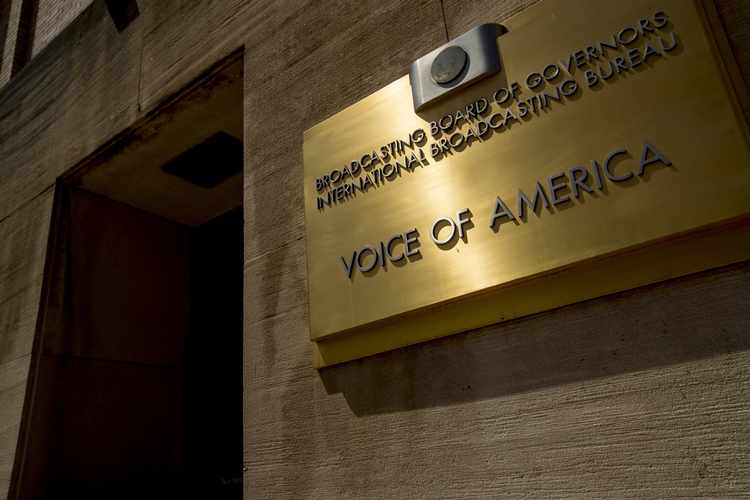 ‘Lax’ Internet Freedom Group Balks at New Pack Oversight | RealClearPolitics
In early August, two government officials showed up at the taxpayer-funded Washington, D.C., offices of a nonprofit billing itself as devoted to enabling dissidents in China, Iran and other…
Share
— Previous article