In a much delayed and highly misleading message to employees of the U.S. Agency for Global Media (USAGM), CEO John Lansing used half-truths and omitted many material facts to avoid making an apology for hiring and heavily promoting his former top aide Dr. Haroon Ullah.

Lansing’s former Chief Strategy Officer Dr. Haroon Ullah admitted on June 27 in the federal court to stealing money from USAGM, the federal agency in charge of the Voice of America (VOA) and other U.S. taxpayer-funded media outlets serving overseas audiences.

John Lansing’s message carefully avoids mentioning what role Mr. Lansing played in hiring Dr. Ullah and how the two worked closely together at the very top of the agency. 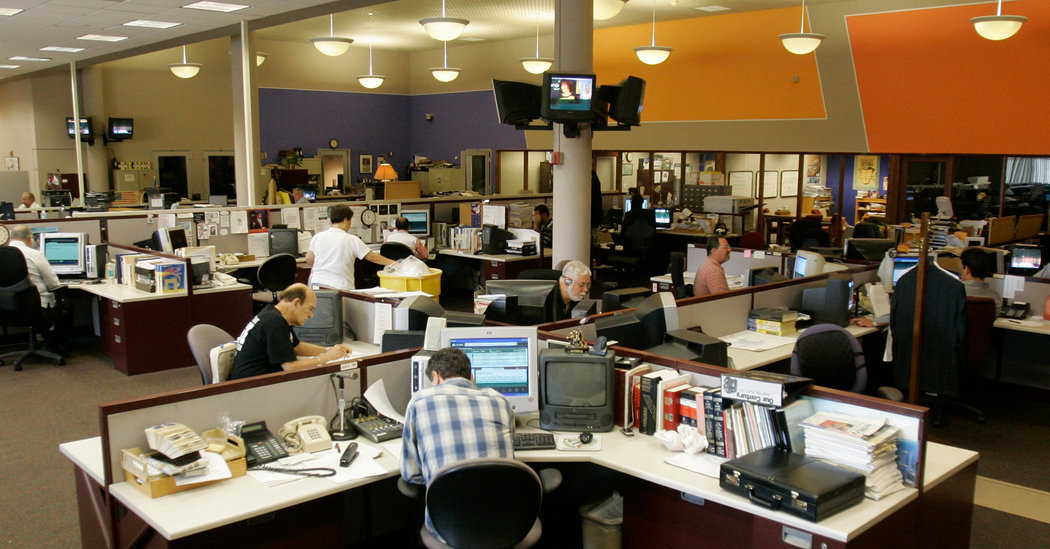 I want to address a personnel matter that hits home for many of us. As many of you know, Haroon Ullah, former Chief Strategy Officer for the U.S. Agency for Global Media (USAGM), admitted on June 27 in an Alexandria federal court to stealing tens of thousands of dollars in taxpayer money.

The U.S. Department of Justice says Haroon admitted he obtained the funds by falsifying receipts and collecting reimbursement from USAGM for personal travel, among other actions. Haroon is to be sentenced on October 11, 2019.

USAGM has taken this entire matter very seriously. The Agency’s own internal oversight and audit processes for travel-related expenditures alerted it to potential fraud. Once information about irregularities was made known, the Agency immediately referred this matter to the State Department’s Office of the Inspector General (OIG), a move that is consistent with best practices and USAGM policy.

As a result of the Agency’s own internal investigation, Haroon’s employment was terminated a number of months ago.

The Agency will continue to cooperate closely with authorities on this matter and on any suspected cases of fraud, waste, and abuse in the future. Anyone suspecting such an instance is encouraged to report it to Agency management or the OIG hotline.

Finally, I want to thank everyone at USAGM who handled this matter in a thorough, professional, and expedient way. Your work was commended by law enforcement and helped protect the overall integrity of USAGM.

It was USAGM CEO John F. Lansing who was promoting Dr. Haroon Ullah to employees and important outside stakeholders in addition to making him his right-hand man and his chief spokesman on strategy and program planning. Mr. Lansing’s message to staff does not say who hired Dr. Ullah. It was John Lansing.

Some of Mr. Lansing’s current top aides were brought to the agency by Dr. Ullah, while Mr. Lansing and some of his other senior aides failed for months to notice that Dr. Ullah was doing something wrong even though it was obvious to some of the rank-and-file employees who were close enough to see. Mr. Lansing was even closer to Dr. Ullah than these employees. We wonder if before his decision to hire Dr. Ullah in 2017, Mr. Lansing took a look at his personal website on which Dr. Ullah presented himself as a “diplomat.”

There is also much more to the story of how Dr. Ullah’s fraud was discovered than what Mr. Lansing said in his message.

Some of the women employees became suspicious over Ullah’s frequent weekend and overseas trips for which they could not find trip reports or see any results. They first brought this to the attention of some of Mr. Lansing’s most senior aides only to be told by them that they were wrong and that Dr. Ullah was doing everything by the book.

These lower-level women employees were the ones — not the senior management — who first alerted the OIG to the possibility of fraud when they felt that they were being ignored and dismissed as hysterical by the front office. One woman employee said she felt she was being intimidated for daring to accuse an innocent man. We got this information from a number of sources who said the same thing independently of each other. This can be easily checked by reviewing agency e-mails. It speaks volumes about the agency’s current leadership.

It is important to remember that Dr. Ullah was not inherited by Mr. Lansing; he was recruited by him and put in one of the most important jobs at the agency. They had worked closely together. They had made decisions together. All of these decisions need to be reviewed by someone other than Mr. Lansing and his top aides, some of whom were brought to the agency by Dr. Ullah.

Other scandals also happened under executives selected by Mr. Lansing who to the very end displayed in public his supreme confidence in Dr. Ullah. We learned that when a senior manager warned him about Dr. Ullah, although not specifically about his travels, Mr. Lansing reportedly rejected the warning and reportedly was openly hostile toward the manager who warned him and who subsequently resigned.

Mr. Lansing still follows Dr. Ullah on Twitter, which many current and former USAGM and VOA employees find inexplicable and offensive. These actions destroy employee morale and the agency’s credibility.

Women who said they were passed over for promotions in favor of several men brought on board by Dr. Ullah or by job candidates who reportedly were recommended by him expressed dismay that even after Ullah’s guilty plea, his bio, photo and articles still appeared on the USAGM official government website several days following the official federal court announcement. They still do. At some point, the word “former” was added on the USAGM website before Ullah’s “Senior Strategic Advisor” title under John Lansing.

As of July 8, 2019, Dr. Ullah’s bio could still be seen on the USAGM official U.S. government website under: https://www.usagm.gov/who-we-are/management-team/haroon-ullah/ “Who Are We – Management Team – Haroon Ullah” url.

USAGM women allegedly affected by these personnel decisions also told their colleagues they were shocked that Mr. Lansing and at least one of his current senior aides are still listed as followers of Dr. Ullah’s Twitter account.

At the very least, Mr. Lansing should apologize to current and former employees and explain how this phenomenal management failure happened right under his eyes. He did not do this in his message to employees.

Contrary to Mr. Lansing’s claim, “the overall integrity of USAGM” was not protected. It was certainly not protected by him.

Here is a still incomplete list of scandals, all of which happened at the agency under John Lansing’s watch. He was warned ahead of time about many of them but refused to take advice and even insulted the people who tried to warn him.

VOA reporters posting multiple offensive partisan posts and obscene memes on social media over a period of many months.

The VOA Mandarin 5 scandal over shortening of a whistleblower interview.

Charges by a respected former USAGM analyst that the agency may be faking some of its audience numbers.

Many of these scandals were confirmed by independent studies, the House Foreign Affairs Committee and in mainstream media reporting. On many of these scandals I outside experts tried to warn Mr. Lansing and VOA Director Amanda Bennett, sometimes many months in advance of them becoming public. We have never seen so many major scandals happening in such a short time under any previous agency, VOA, or RFE/RL leadership. Nothing comes even close. All of these scandals happened under Mr. Lansing’s watch or the watch of top media executives selected by him. It is time for John Lansing to accept responsibility for his failures. His message to staff, his refusal to apologize and his and his top aide’s continued following of Dr. Ullah’s Twitter account bring further disgrace to this already dysfunctional agency. As Secretary Pompeo rightly said, this agency needs a leadership change. There is no guarantee that any new executive and a new management team will not make mistakes, but it does not seem possible that anything can be as bad as what Mr. Lansing and his hired ex-right-hand man Dr. Haroon Ullah have brought to this agency.