Liberal news mainstream media outlets in the U.S. have reported that a review of U.S. work visas ordered by new Trump-appointed CEO of the U.S. Agency for Global Media (USAGM) will negatively affect programs of such USAGM taxpayer-funded international broadcasting entities as the Voice of America (VOA), but op-eds by conservative commentators, including a recent one in Newsweek, a liberal news publication, question the need for VOA work visas for some of the reporters, especially the ones who could be easily replaced by Spanish-speaking journalists who are American citizens and who can demonstrate equal or even greater experience in covering Latin America. Giving a rare and valuable U.S. government work visa to a citizen of a EU country to employ a Spanish speaker for media outreach to Latin America seems unusual to say the least, but The Washington Post, Newsweek and The Hill all reported or suggested that it was done under the previous USAGM and VOA management.

A USAGM representative who came in with the new management team told USAGM Watch that U.S. work visas should only be used for hiring journalists with critical and rare language skills when American citizens cannot be found to fill such U.S. government contractor positions.

One of the foreign journalists who may lose his work visa from the Voice of America is apparently from Spain, a member state of the European Union. He also appears to have been previously employed by Russia’s state broadcaster RT.

Critics of the former management in charge of the U.S. Agency for Global Media, including Ben Weingarten, a senior fellow at the London Center for Policy Research who had worked in the past with new USAGM CEO Michael Pack–the new Trump administration appointee–say that Pack-ordered review of the agency’s work visas and security issues could not have come too soon.

Of course, there may be foreign journalists qualified to serve the federal government’s international broadcasting arm. But given the pervasive failures in vetting in such a sensitive area as government media, which is ripe for espionage and influence activities, combined with the imperative to put American workers first in entities like Voice of America, the status quo would seem to be untenable, if not unconscionable.

On the liberal side, the Washington Post editorial board has been highly critical of the new Trump-appointed USAGM CEO.

An article in The Hill also made an argument that “VOA visa decision could hobble Venezuela coverage.” The word “hobble” also appeared in the Washington Post editorial.

VOA visa decision could hobble Venezuela coverage
The decision not to renew visas for foreign journalists at the U.S. Agency for Global Media (USAG…

The report in The Hill quotes “the most senior VOA Spanish language correspondent [who] has worked for a variety of private news organizations, as well as for Russian and French public broadcasters” and may lose his VOA work visa because it may not be renewed by the new USAGM management team brought in recently by the Trump administration after a long delayed U.S. Senate confirmation of Michael Pack to run the agency. The Hill did not disclose which “public” Russian broadcaster previously employed the VOA correspondent who may lose his work visa. The report in The Hill was also not clear about the VOA correspondent’s country of origin, but it appears to be Spain.

Could it have been President Putin’s Russian external multimedia channel RT that had previously employed this Spanish-speaking TV reporter?

RT video reports and promo videos show that a Spanish and English-speaking reporter identified as Bricio Segovia was working for the Russian state channel a few years ago.

One video shows that Bricio Segovia went in 2014 into the Russian-occupied part of Ukraine with a female Russian RT reporter who, as Bricio Segovia said in his RT video, “had good connections with the Russian intelligence services.” In the video he appears surprised that the Russians would help them cross the border into the Russian-occupied part of Ukraine while the female RT reporter who is Russian and described by Segovia as “awesome” seems not at all surprised. The video report which still appears on the RT YouTube channel is one-sidedly pro-Russian government and does not identify Russia as the aggressor against Ukraine and a violator of international law condemned and sanctioned by many democratic governments.

“I have never seen something as awful as what’s being done to VOA in the United States, in the country of liberty,” The Hill quoted Bricio Segovia who now works for VOA but may not get his work visa renewed.

The Washington Post reported that “Bricio Segovia has less than a month before his time is up. With his visa set to expire at the end of August, the Voice of America reporter will be obligated to leave the United States and go back to Spain, his native country.”

Segovia must have been employed by the Voice of America under the watch of the former USAGM CEO John Lansing and VOA Director Amanda Bennett who were both appointed during the Obama administration and are now gone. Mr. Lansing left USAGM amid various management scandals in September 2019 and became the head of National Public Radio (NPR). Amanda Bennett left recently shortly before Michael Pack came on board as the new Senate-confirmed head of USAGM.

Perhaps Mr. Segovia can team up again with his “awesome” and well-connected Russian RT colleague for more RT Spanish or English reporting. The rare Voice of America work visa can then go to a Spanish-speaking journalist who might be a refugee from Venezuela, where the repressive regime supported by Putin’s autocratic government in Russia is practicing state socialism and starving the Venezuelan people. The job could also go to a Spanish-speaking U.S. citizen formerly from Venezuela with television experience in the United States. 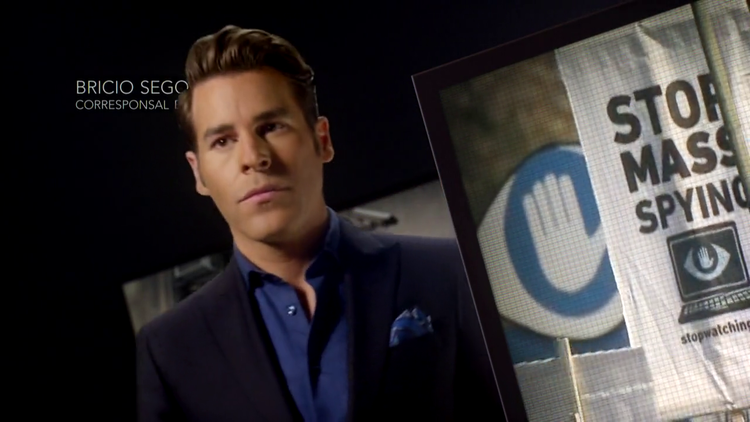 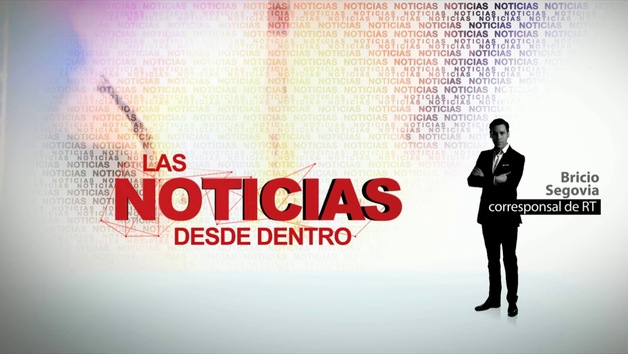 Voice of America Forgets Legacy of Its Anti-Communist Refugee Journalists

Voice Of America Managers Did Not Correct Pro-Biden Errors