Voice of America reports on detention of its freelance journalist accused of spying for Russia; VOA freelancer denies espionage charges

The U.S. government-funded Voice of America (VOA) has a new report about the detention in Poland of one of its freelance journalists accused earlier this year by Ukrainian secret service officials of “spying for Russia,” according to VOA, and later arrested on the same charges by the Polish authorities.

Freelance journalist Pablo Gonzalez, who VOA says “has dual Russian and Spanish nationality,” denies that he is a Russian spy. The VOA report says that “At the time of his arrest, VOA released a statement saying that it had removed his content ‘out of an abundance of caution’ and informed the VOA/USAGM security office of the arrest.” USAGM — the U.S. Agency for Global Media, now led by former VOA director Amanda Bennett — oversees VOA operations. USAGM and VOA directors and many of VOA’s editors and reporters are Federal U.S. government employees, but VOA also hires contractors and freelance journalists.

During Bennett’s tenure as VOA director, some former Russian state media journalists with a history of repeating anti-U.S. and anti-Ukraine propaganda for Putin-controlled media outlets worked for the Voice of America. Gonzalez started doing freelance reports for the Voice of America after Bennett resigned from her VOA position in 2020. The VOA report says that “Gonzalez has covered conflicts in Ukraine and Syria for various outlets including Voice of America, the left-wing Spanish paper Publico, and Gara, a Basque nationalist newspaper.”

Current VOA acting director, Yolanda Lopez, a native of Spain, did not comment on the detention of Pablo Gonzalez for the VOA report.

The latest VOA report on his case says that “Gonzalez is now taking a case to the European Court of Human Rights in Strasbourg, seeking to secure his release on the grounds that the terms of his imprisonment contravene his constitutional rights.” VOA reported, quoting from the legal complaint, that “Gonzalez lives in physically and mentally unbearable conditions; his cell where he is alone, has one window that does not open.” In an earlier report, VOA quoted his Spanish lawyer Gonzalo Boye: “He is being held with one other man in a cell. He is no longer in solitary confinement. He is OK, but he is missing his family.”

The Polish prosecutor’s office told VOA in a statement quoted in the latest report that “Gonzalez has all the rights and obligations resulting from the provisions of the Code of Criminal Procedure and Executive Penal Code including the conditions of isolation in pre-trial detention as well as telephone contacts and visits.”

VOA also reported that “Earlier in 2022, Ukrainian secret service officials questioned the journalist and accused him of spying for Russia, which he denied. He returned to Spain for a few days before leaving for Poland” where he was arrested and is being held in pre-trial detention. 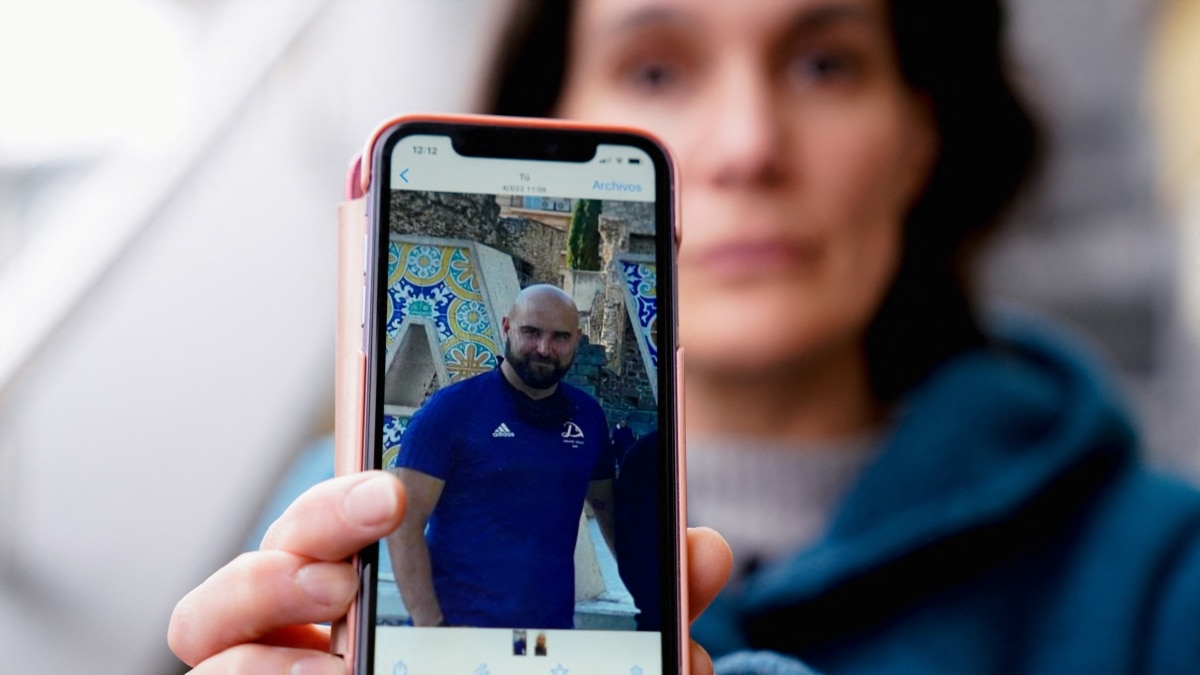 Journalist Held on Spy Charge in Poland Takes Case to European Court
In letters from prison, Spanish journalist describes tough conditions in Polish jail, including a lack of food and solitary confinement